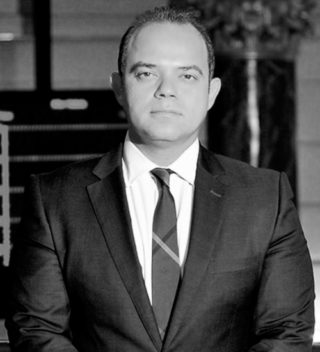 Mr. Mohamed Farid is a Chairman of Egyptian Exchange from 07 August, 2017 for a term of 4 years. He acts as the Working Committee Chairman of the Federation of Euro-Asian Stock Exchanges (FEAS).

Mr. Farid had been served as the Vice Chairman of the Egyptian Exchange for the years 2010-2011. He is also a Board   member of the Insurance Holding Company, the Egyptian Investor Protection Fund, and formerly the CEO of an Economic   Forecasting Consulting firm in Egypt.

Mr. Farid was selected as an external advisor for venture capital and financial leasing activities at the World Bank in Egypt for the period from 2013 to 2016. Formerly, Mr. Farid served as Senior Financial Economist and Head of the Capital Market Unit at the Ministry of Investment. He served as an Economist at the Ministry of Economy and Foreign Trade. In addition, Mr. Farid was a part-time lecturer at the American University in Cairo and the Arab Academy for Science, Technology and Maritime Transport.

Mr. Farid holds a BSc in Commerce and Economics from Helwan University. He also holds an MBA from the Arab Academy for Science, Technology and Maritime Transport and an MSc in Economics, Finance and Investment from York University, UK and an MSc in Financial Mathematics from CASS Business School, UK, and Venture Capital Certificate from UC Berkeley, USA.