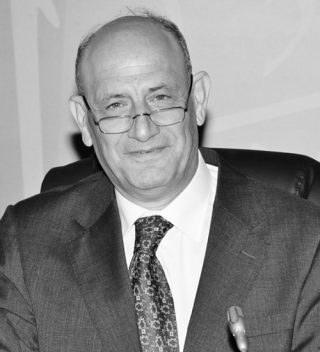 Jalil Tarif is a Jordanian economist, who currently serves as the Secretary General of the Arab Union for Securities Commissions.

Mr. Tarif started his career in the Central Bank of Jordan and held the positions of Executive Director and Deputy Director General in Amman Financial Market between 1992 and 1999, where he oversaw Jordan’s entire capital market. In 1999, Jalil Tarif was appointed as the first Chief Executive Officer of Amman Stock Exchange. During his tenure as CEO, the ASE has implemented electronic trading system and all of the rules and regulations required to run the ASE. He left his position as Chief Executive Officer in December 2012 to become the Secretary General of the Arab Union for Securities Commissions located in Dubai.