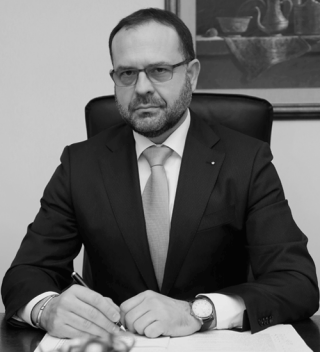 Ivan Shteriev has been the CEO of the Macedonian Stock Exchange since 2005. Before he took the leadership of MSE, he had been working for the stock exchange for ten years as Floor Manager and Director of the Securities Trading Department and was part of the team responsible for setting up the first stock exchange in the country. Previously, he was employed at the Bank Rehabilitation Agency of the Republic of Macedonia.

During last twenty years he was also a Board member of the Macedonian CSD and Commissioner at Macedonian SEC. He participated in several working groups responsible for drafting laws and regulations related to the Macedonian securities market. Mr. Shteriev is a regular lecturer on the Macedonian SEC’s courses for brokers licensing and throughout the years was often speaker at many international conferences.

He is also member of the Supervisory Board of the SEE LINK, the company owned by exchanges from Croatia, Bulgaria and Macedonia which runs the order routing platform between seven stock markets in Southeast Europe.