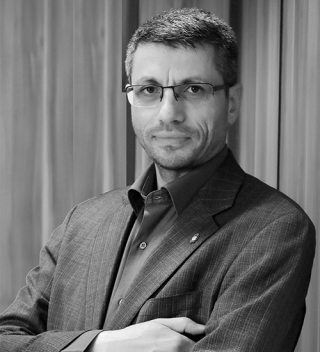 Hossein Fahimi is the CEO and Board Member of Central Securities Depository of Iran (CSDI). He is also the vice-chairman of Asia-pacific CSD Group (ACG) and a board member of World Forum of CSDs (WFC). He first joined CSDI in August 2016 as the chairman and served at this position for nearly sixteen months before he was appointed as the CEO in December, 2017. At that time, he was also an advisor to the chairman of Securities and Exchange Organization (SEO) that is Iran’s capital market regulator and supervisor. Prior to CSDI, Fahimi served as a member of the board of directors at SEO for a decade (2006-2016) and headed Iran’s capital market regulator division, playing an active role in drafting, designing, and managing legal issues in Iran’s capital market. He also held other positions at SEO including vice chairman, deputy for executive affairs, deputy for legal affairs and director of Research, Development and Islamic Studies. Before SEO, Fahimi worked for Tehran Stock Exchange Brokers Organization (predecessor of SEO and CSDI) as the Legal Affairs Director (2003-2006).

Before entering the Iranian capital market, he held leading positions in the country’s northwestern province of Ardebil’s provincial government’s office which is a subsidiary to the Interior Ministry (1993-2003).

Working in different companies and organizations – not only limited to financial services industry, but also political and governmental bodies as well – Fahimi holds a great deal of experience in both management and finance.

He also enjoys master’s degree in Public Law and International Commercial & Business Law from Iran’s accredited University of Tehran. Moreover, He is a lecturer in business law, basic law, and international business law at different Iranian universities such as Imam Sadiq and Islamic Azad universities. Fahimi is fluent in three languages of Persian, English, and Turkish.